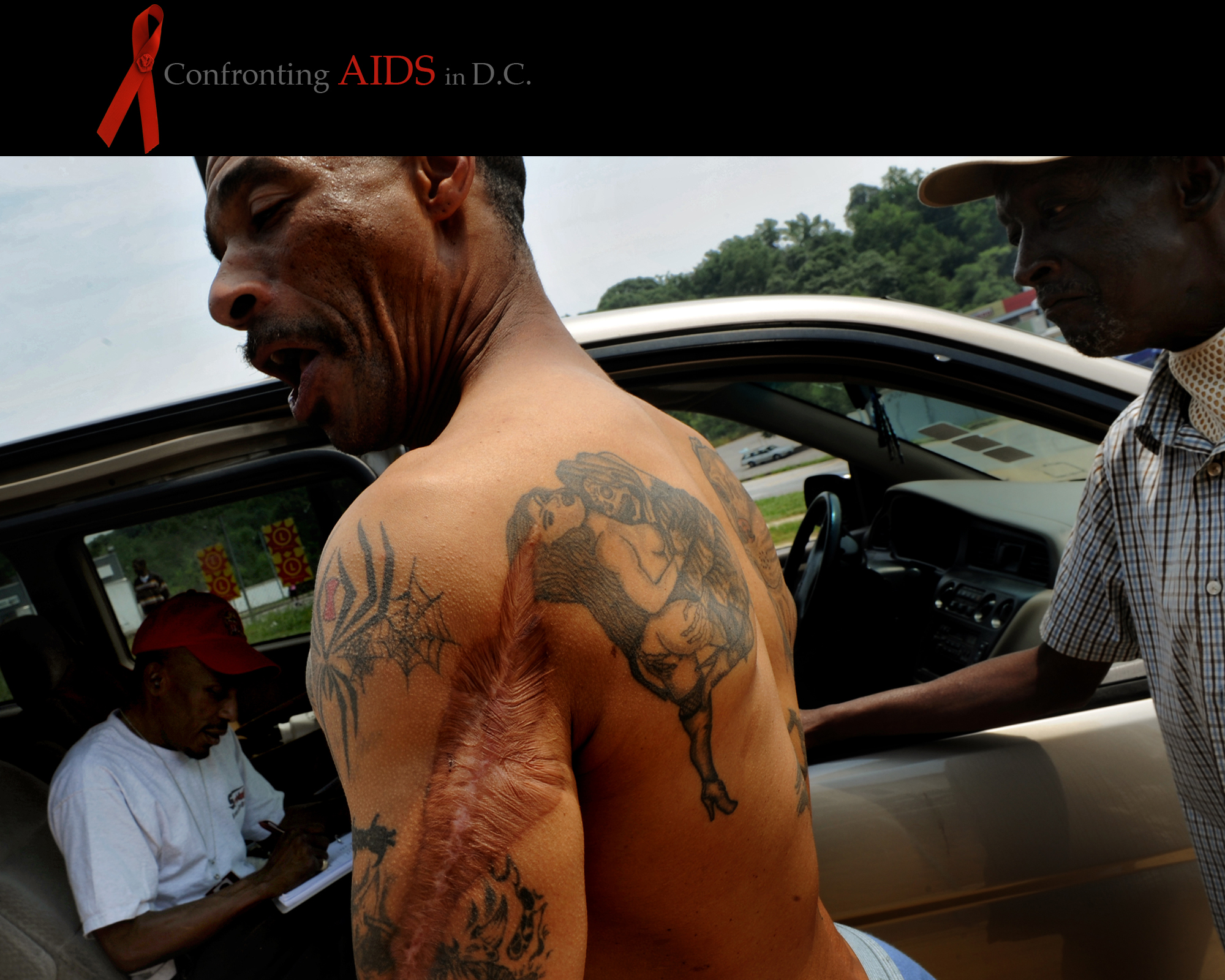 
where intravenous drug use is the second-leading cause of transmission

Brought together by chance 22 years ago in the cellblocks of the Lorton Correctional Complex, Ron Daniels and Kendall Davis have formed a partnership of sorts on the streets of Southeast Washington.

The two share an easy banter after Daniels pulls up in his gold Honda minivan. Shirtless and showing off his tattoos on a sweltering day, Davis produces needles he says he has collected in the woods and counts them for exchange into a red container by the van, where Daniels documents the transaction.

Daniels reminds his friend that needles should be used only once. Davis nods, says he has been passing on information that Daniels distributes from the van. He lingers to chat about shared acquaintances and the woes of marriage. When a truck speeds by and spills a few gallons of milk, Davis ignores calls of warning and snags a container. The perfect way to wash down the chocolate cake his friend has brought him.

"Imagine if we didn't have a needle-exchange program,‚" says Daniels, who has handed out more than 17,000 needles since launching a program in June for the nonprofit Family Medical and Counseling Services.