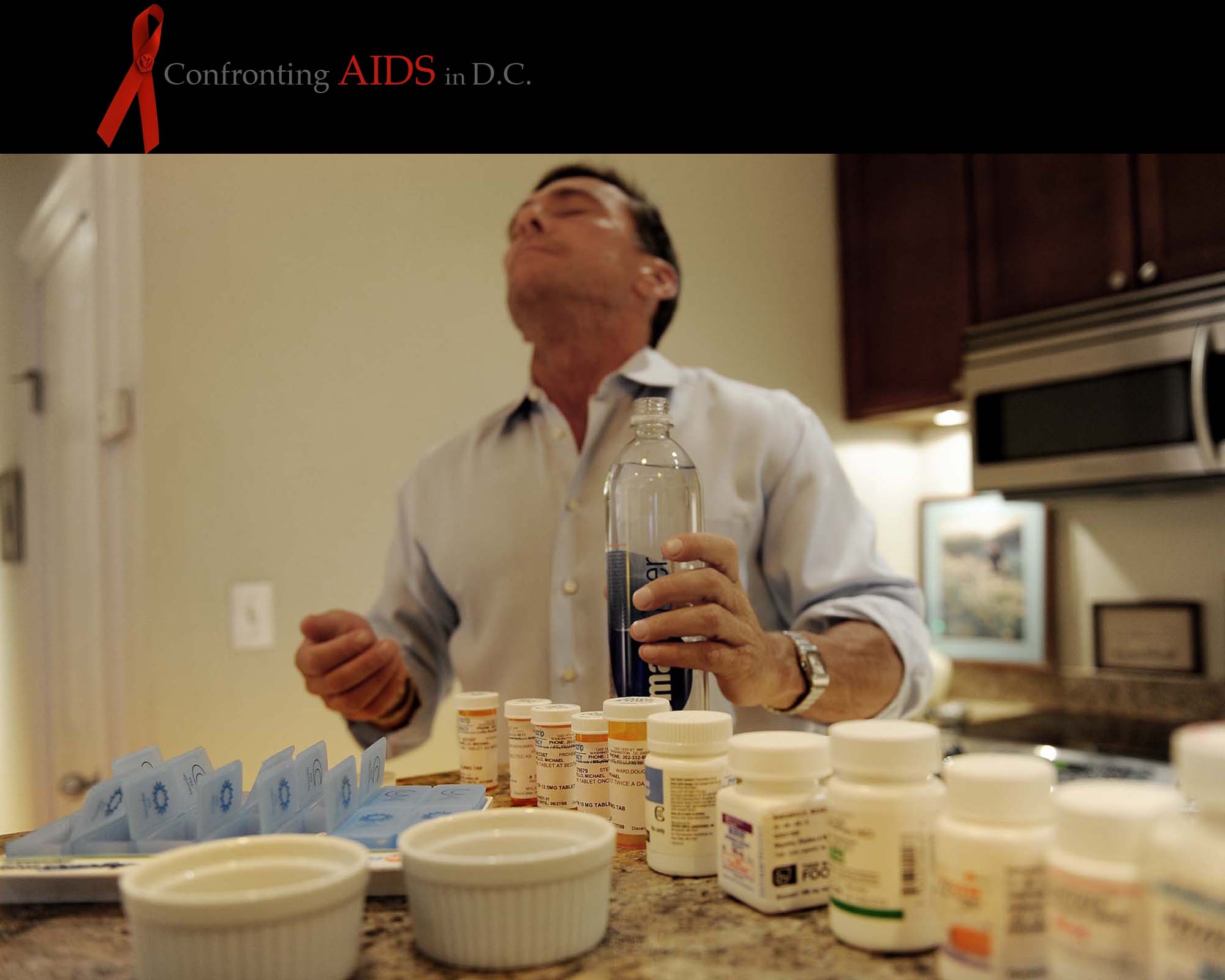 Michael Manganiello, 50, prepares his evening routine in the warm glow of his fifth-floor Logan Circle apartment. He's been through it once already: one, two, three . . . the pop of a bottle, then the rattle of pills, as he counts them out . . . 11, 12, 13. He ponders the number: "Thirteen — unlucky," he murmurs. Between morning and evening, he takes a total of 27 pills these days.

Manganiello grasps a handful, puts them into his mouth, takes a swig of water and swallows. He pauses for a moment, then repeats the ritual with the remaining tablets.

Back in the ’'80s, he remembers, "you got diagnosed and six months later you were dead." Even then, Manganiello's diagnosis seemed more optimistic than most. Eighteen months was his doctor's best guess. In

the ’90s his viral load levels soared, indicating the virus was progressing quickly. "I was a viral millionaire," he quips.

A partner in the health-care consulting firm HCM Strategists, Manganiello considers himself lucky to be among the few hundred patients taking part in a National Institutes of Health clinical trial investigating interleukin-2, a drug that booststhe immune system when it is under attack by HIV.

"The bad thing is that there is this perception that it's a chronic manageable illness and it's not so bad if you get it. That's not the case," Manganiello says.

"In some ways it's still a death sentence. It's an incurable disease that's progressive."